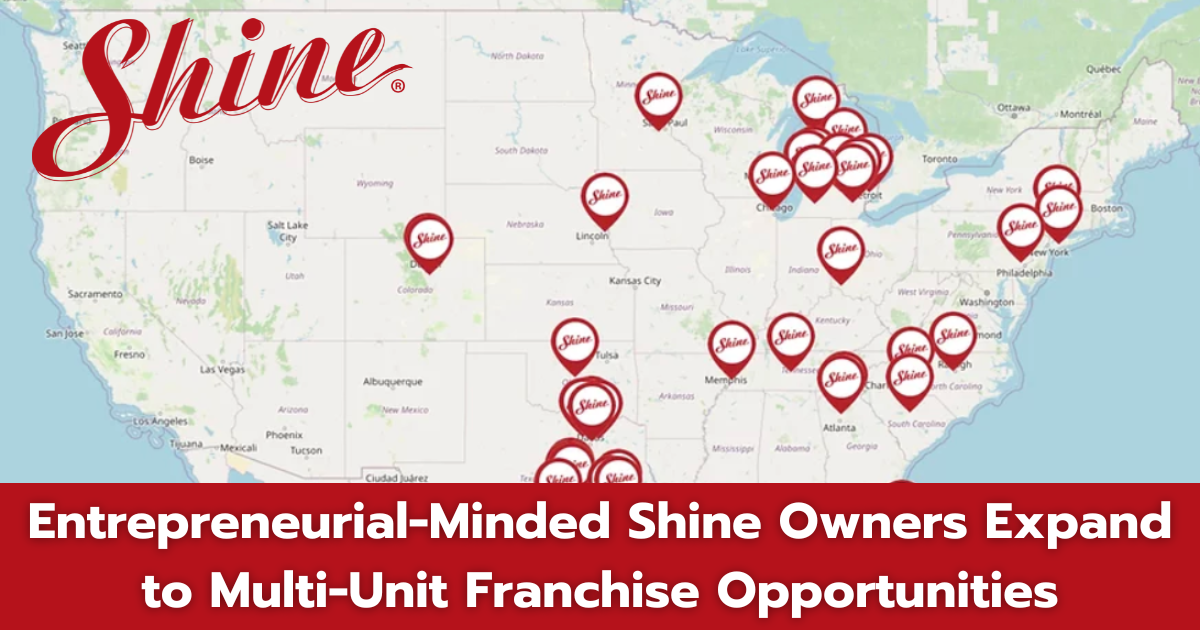 Shine’s straightforward, scalable business model makes it simple for franchisees to open a Shine location and grow from there. Shine owners can quickly expand their businesses with multiple locations, an ongoing trend in the franchise industry. According to FRANdata, a franchise industry researcher, 53 percent of franchisees operate at least two units, and many operate dozens or even hundreds of units. This group of multi-unit franchisees controls 450,000 of the franchise units in the U.S.

Shine believes the culture they have created amongst their franchisees lends to ownership success.

Shine CEO Chris Fisher said, “At Shine, our culture is a caring, supporting family that places a higher value on others than on ourselves. Our mission as an organization is to be a light in our communities; that same philosophy carries through to our owners. By supporting our owners and owners supporting each other, we’ve been able to build a premier home services brand. “Shine is truly a family. Not only is a family-like working environment a tenant of the Shine business culture, but multi-unit owner Mark Haskin’s brother Dave owns the Shine location in Franklin, TN.

It’s also the cohesiveness amongst the owners that contributes to multi-unit franchise success. Fisher said, “Shine owners are excited to see each other grow and succeed, knowing that quality ownership and growth for the brand reflects positively on their own business.”

Shine’s franchise model allows owners to be up and running in as little as 60 days and the Bright Start Training Program guides new franchisees through every step of their six-week opening process. Shine also makes significant investments in technology and ongoing support for franchise owners. “The fact that our owners want to open a second or even third location is proof that what we are doing works,” said Fisher. In addition to multi-unit franchise growth, Shine franchises have shown consistent revenue growth in the past few years.

Back to All Blog Posts →

Returning to Our Mission to Create a Brighter World